The equipment here is manufactured by Angstrom Engineering (AE). It consists of two main high vacuum chambers, namely one multi-purpose oxide/metal deposition chamber (Metals Evaporator) and one organic co-evaporation chamber (Organics Evaporator), as well as one sample/mask transfer load lock. All the three chambers are integrated into one Inert Technologies (IT) glove box which is critical for air sensitive magnetic and organic materials. The metal deposition chamber includes the e-beam deposition, RF magnetron sputtering, thermal evaporation and ion-beam source. The organic chamber includes four thermal evaporators that can run simultaneously for co-deposition particularly for the growth of hybrid organic-inorganic perovskite and organic thin films. 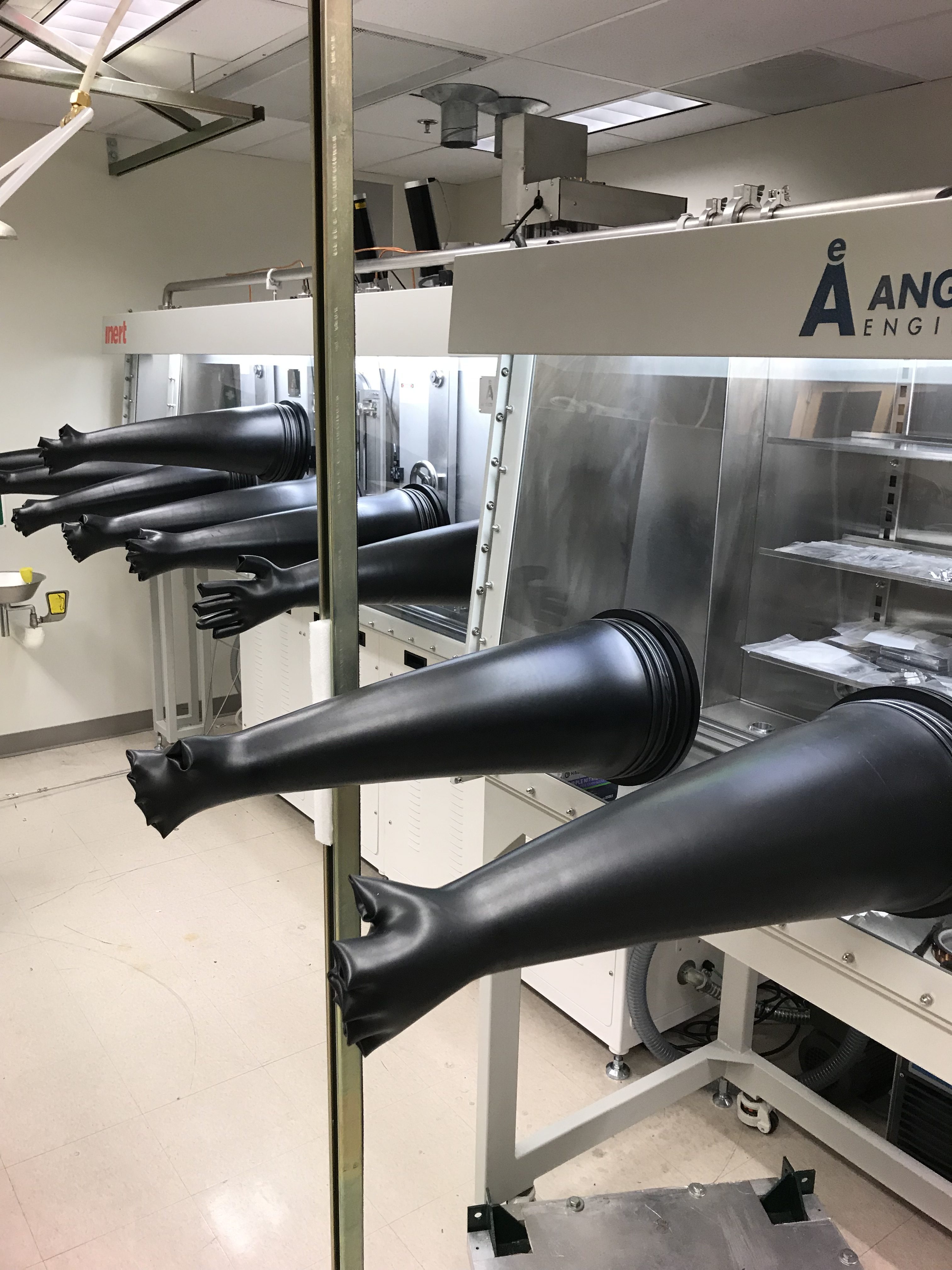 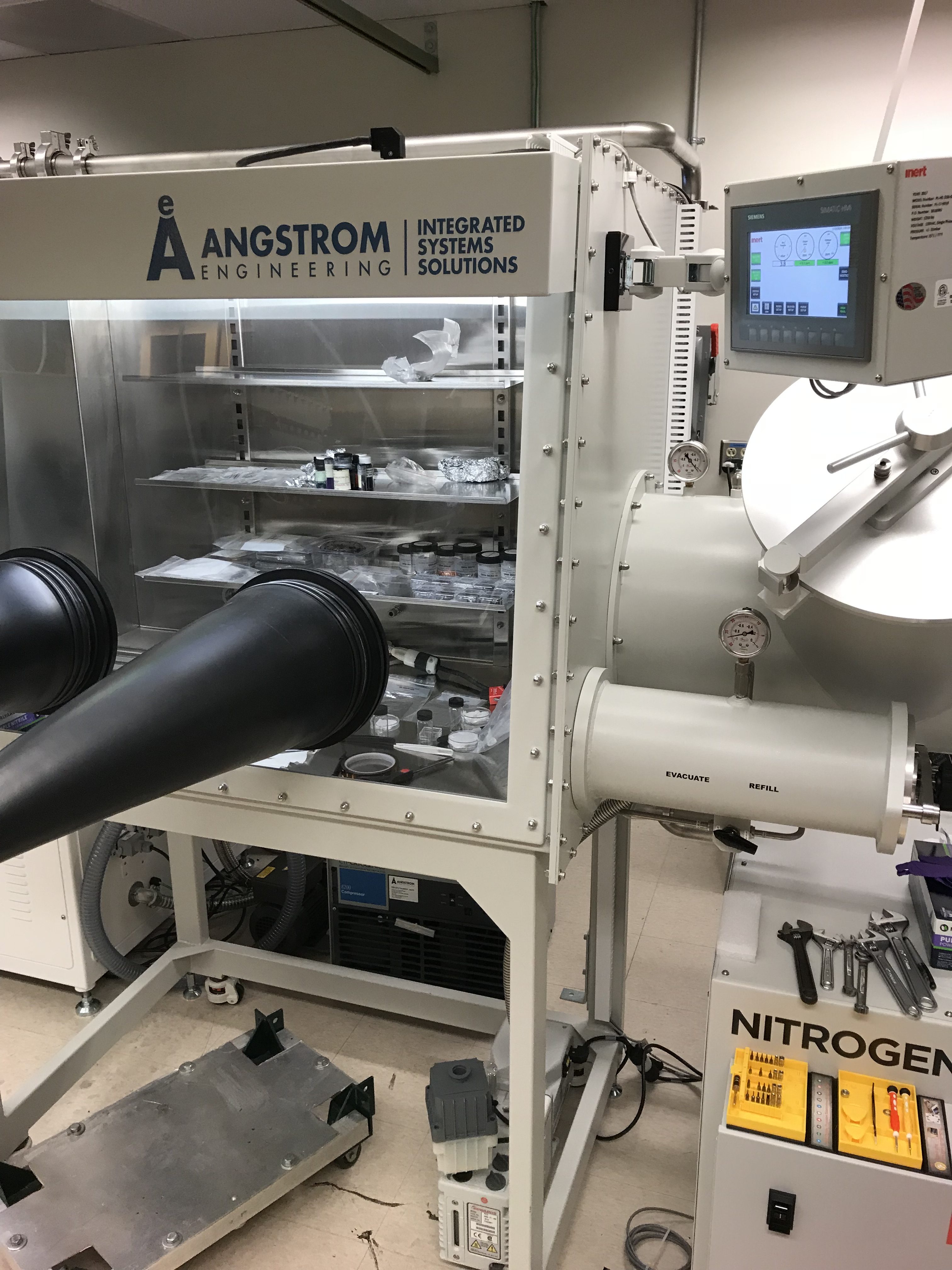 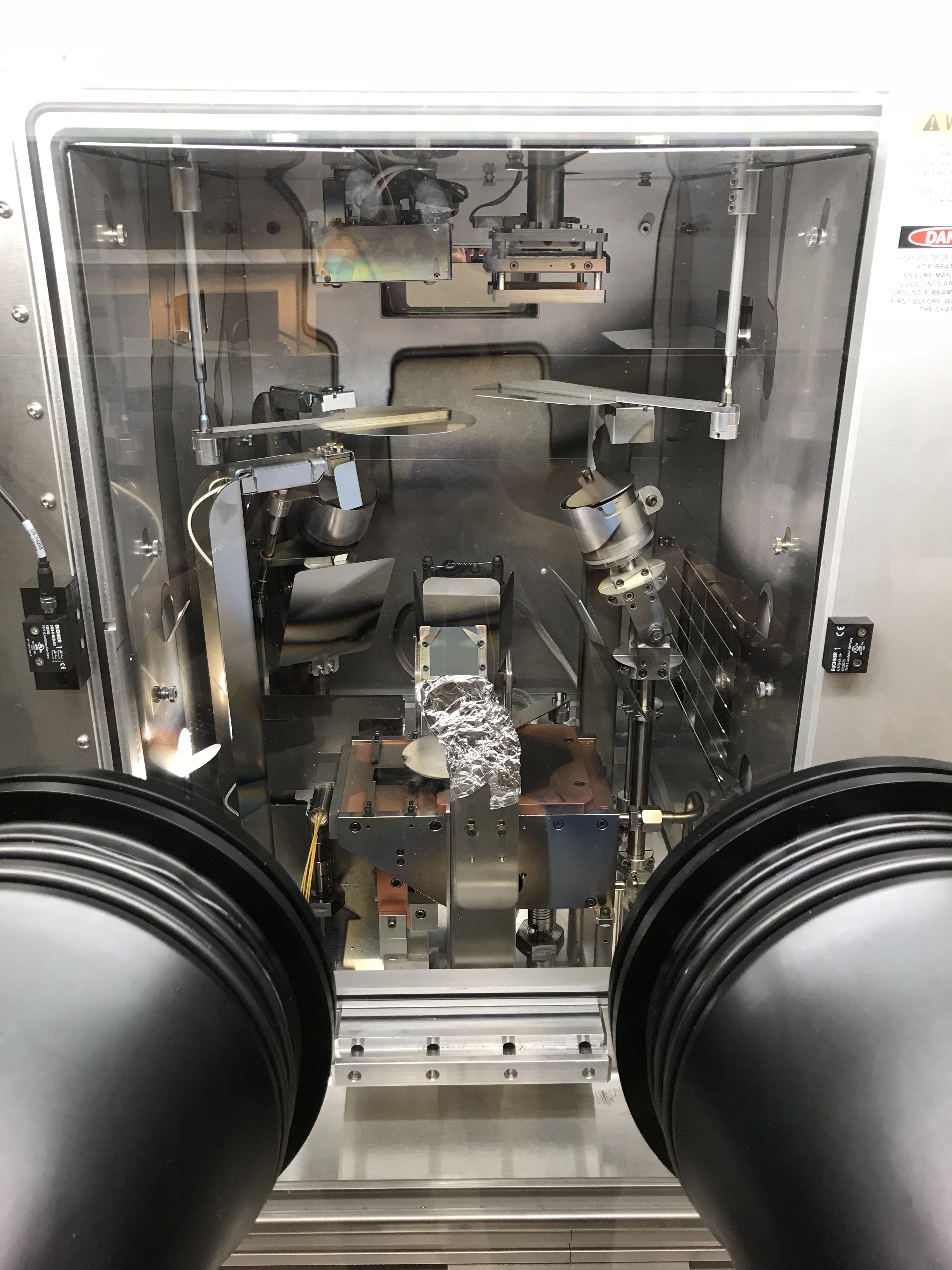 This equipment system has the unique capability to control the temperature of a removable sample over a temperature range of T < 1.8 K to T = 300 K with simultaneous control of an applied three-axis (3D) magnetic field. The variable field is controllable up to ±6.0 Tesla in the z-axis with a 1 Tesla spherical rotatable vector (at any degree). This equipment provides a unique platform for spin transport, spin Seebeck, and magneto-thermoelectrics in various magnetic materials that we will be studying. The optical access in the magnet system enables us to perform the magneto-optical measurement as a function of magnetic field and temperature, providing a non-contact but sensitive approach for the magnetic characterization. 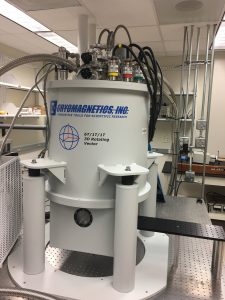 The Sagnac Interferometer is a high-resolution optical instrument consisting of a high-field sweepable superconducting magnet, cryogenic system to cool the sample, and assorted optical components. In contrast to the conventional magneto-optical set up of which sensitivity is limited around µradians, it is used to measure the ultra-small angular rotation (with resolution as fine as 20 nano-radians) of linearly polarized light generated in various physical situations. Recently Sagnac Interferometer microscope has been successfully applied to measure spin Seebeck effect in the ferromagnetic metal film. 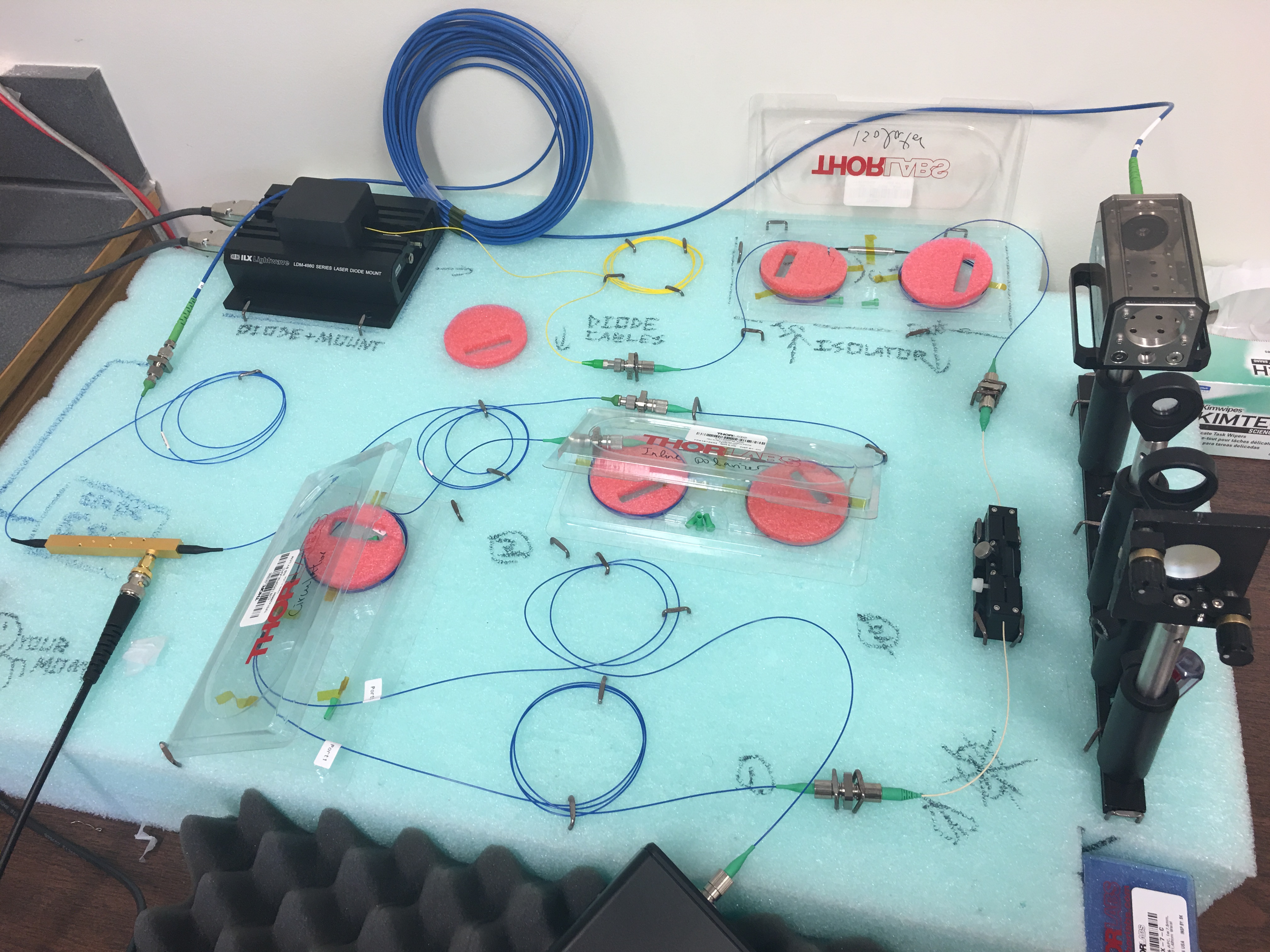 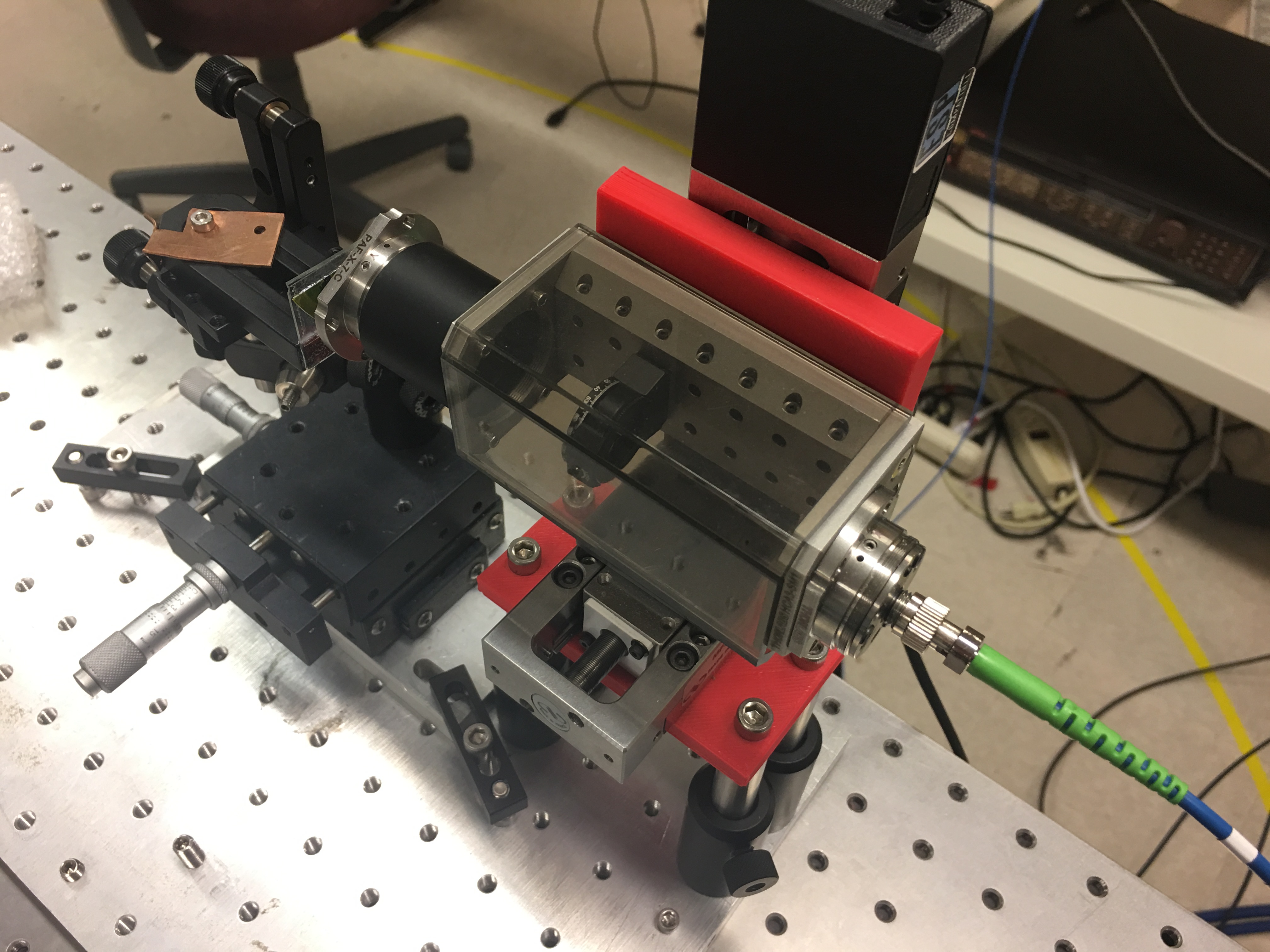 Ferromagnetic resonance is a spectroscopic technique that takes advantage of the coupling between an RF signal traveling in the coplanar waveguide, and the magnetization of a sample sitting on top of the waveguide. This is a set of accessory inserts for the Physical Property Measurement System (PPMS) facility that is located in the Department of Materials Science and Engineering. The equipment consists of two main instruments, namely the PPMS ferromagnetic resonance (FMR) Stand-alone CryoFMR probe, PhaseFMR spectrometer (PFMR) as well as PPMS Permute Box that allows electrical detection from the FMR probe. 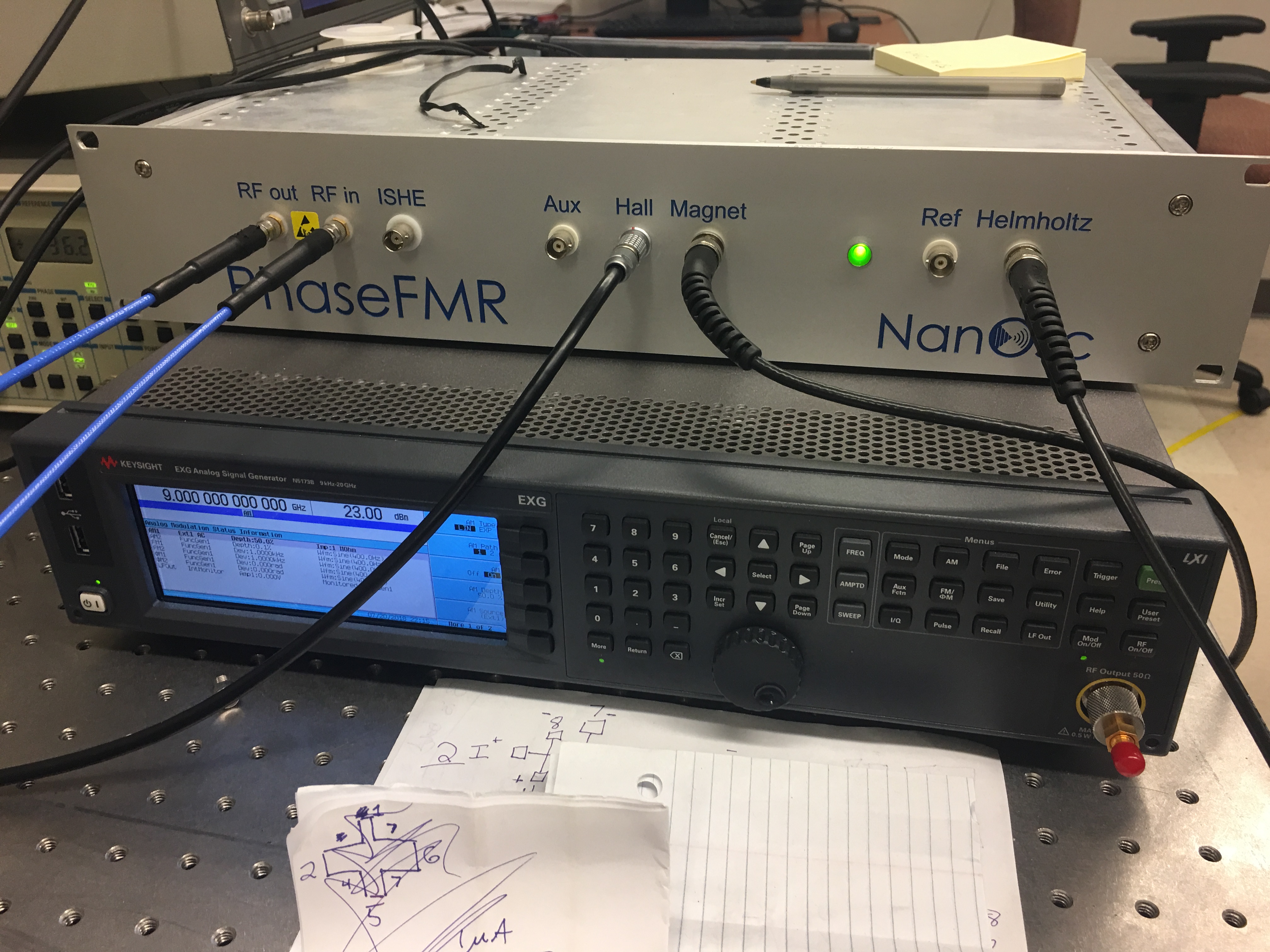 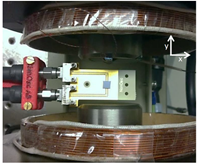